Popular mobile game show app HQ Trivia has introduced native support for the iPad this week, after first launching its iOS app last fall only for the iPhone. According to the update, version 1.2.20 brings the app to iPad along with the ability for players to change their usernames in settings.

HQ on iPad is a simple, larger version of the trivia game that supports only portrait orientation and lacks Split View integration, as pointed out by The Verge, which is likely an effort to curb cheating. Prior to this week’s update iPad users could play HQ on their tablets, but it was the iPhone version of the app with the option to choose 1X or 2X image upscaling, with black borders surrounding the areas of the screen not used by UI. 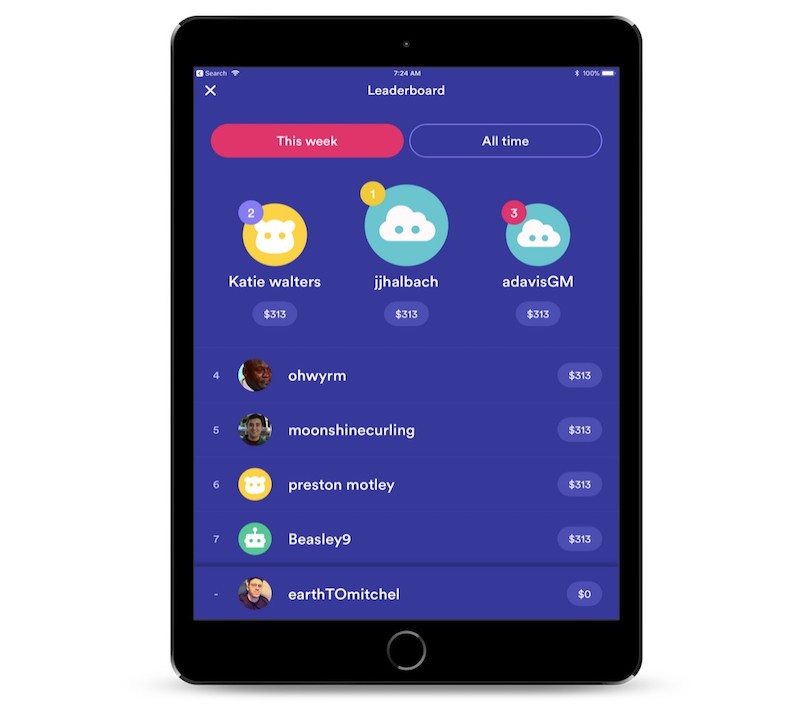 Since its launch last year, HQ has grown from around 14,000 contestants in a single show to 1.7 million people participating in a game this past Sunday that included a potential prize of $25,000. No one won that game after a winner was suspected of cheating, and now that amount is rolling over to an upcoming game this Sunday, March 25, resulting in a prize pool of $50,000.

HQ is available to download for free from the iOS App Store [Direct Link], and the game goes live every day at 9:00 p.m. Eastern Time and at 3:00 p.m. every weekday.

from MacRumors: Mac News and Rumors – All Stories www.macrumors.com/2018/03/22/hq-trivia-full-screen-ipad/
via IFTTT