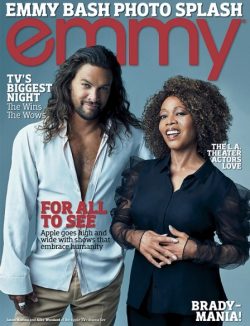 Emmy Magazine is offering readers a behind-the-scenes look at Apple’s new drama “See,” as well as a free three-month trial of the upcoming Apple TV+ streaming service, which launches on November 1.

Apple’s sci-fi thriller, which will debut on the service’s launch day, stars Jason Momoa and Alfre Woodard, and is reported to have a budget of $15 million per episode. Both stars adorn the cover of latest issue of the magazine, which is the official publication of the Academy Awards.

Inside, the feature takes a deep dive into Apple’s epic post apocalyptic drama, in which the world has been wiped out by a virus and the remaining survivors have all been rendered blind. The magazine describes the series as a high-quality “Game of Thrones” style show in terms of cinematic world-building.

The coverage also includes interviews with Apple VPs Jamie Erlicht and Zack van Amburg, who explain that dozens of visually impaired and blind actors were cast for the show, and consultants on blindness, biology and survival were hired to make the drama as realistic as possible.

Jason Momoa plays the lead role of Baba Voss, a fearless warrior, leader, and guardian. Momoa is well-known for his role as Khal Drogo in “Game of Thrones,” as well as roles in “Aquaman,” “Stargate Atlantis,” and “Conan the Barbarian.”

Alfre Woodard plays Paris, an advisor and a priestess. Woodard has starred in movies that include “12 Years a Slave,” “Annabelle,” and “Captain America: Civil War,” and she has had roles in several TV shows, such as “Luke Cage,” “Desperate Housewives,” and “State of Affairs.” 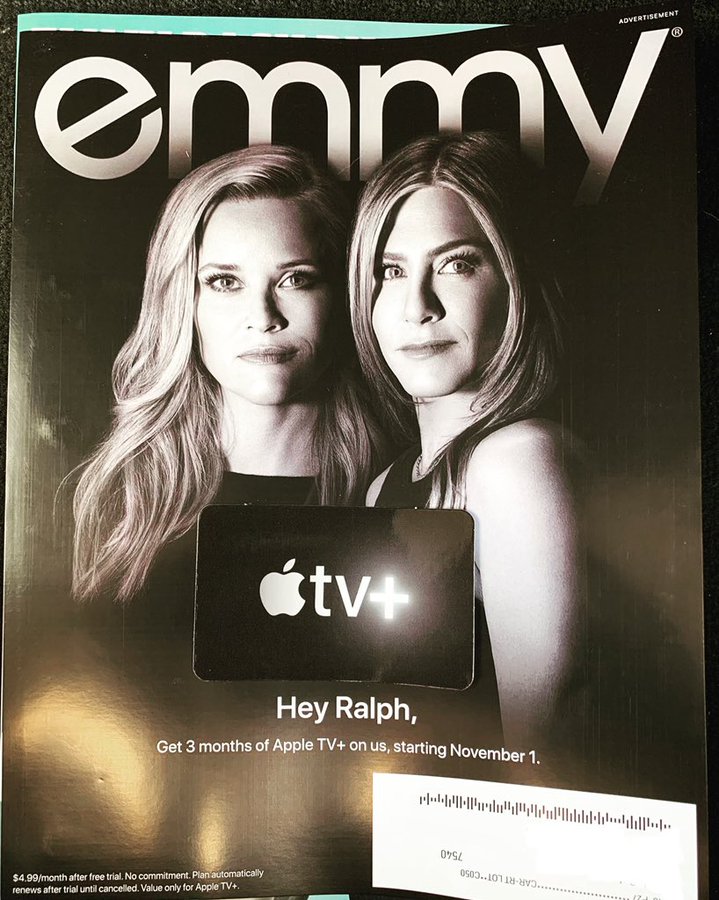 Emmy Magazine‘s ‌Apple TV‌+ trial offer comes courtesy of Apple in the form of a full-page ad with a voucher insert, and includes the reader’s name if they’re a subscriber to the magazine.

Apple is working on dozens of original TV shows and movies with high-profile directors, producers, and actors, with all of that content set to be available through ‌Apple TV‌+.

The service will be available on all devices where the TV app is available, which includes iPhone, iPad, iPod touch, and ‌Apple TV‌, along with the Mac. The service will cost $4.99 per month and will offer Apple device owners a free in-app 7-day trial. Customers who purchase an iPhone, ‌iPad‌, ‌Apple TV‌ or Mac from September 10 will also be eligible to receive 12 months of the service for free.

from MacRumors: Mac News and Rumors – All Stories www.macrumors.com/2019/10/14/apple-tv-plus-show-see-emmy-magazine/
via IFTTT